How Is This Possible?

At this time, there is no “cure” for Alzheimer’s, but there is a successful treatment to prevent and reverse cognitive decline. The person to thank for this is Dr. Dale E. Bredesen, a neurologist and neuroscientist, whose 30 years of research have culminated in The Bredesen ProtocolTM. This has also been known as The ReCODE ProtocolTM. ReCODE stands for reversing cognitive decline and this is just what has happened for hundreds of people who remain on their individualized program. There are currently over 2,000 people on the Protocol. Due to the Protocol, one patient has continued functioning normally for 7 years!

Visit Apollo Health to learn more about Dr. Bredesen, his research, and the Protocol he developed.

A brief overview of The Bredesen ProtocolTM:

The first video on the Home page gives a brief explanation of The Bredesen ProtocolTM. Lorie Johnson, CBN Health News Reporter, interviews Dr. Bredesen and also showcases a woman on the Protocol. This short 5 minute video begins with Sally who was diagnosed with Early Alzheimer’s. Her husband, Martin, searched the Internet for anything that would help her, and he discovered Dr. Bredesen and his ReCODE Protocol. He found a doctor certified in The Bredesen ProtocolTM and following the program, Sally began to get better and “come back” as he says.  (Keep in mind this is a woman with Alzheimer’s who is using her own thought processes to explain in detail some of what she does on the Protocol.)  Staying on the program, she is functioning normally. This short video speaks volumes.

Sally isn’t the only one to reverse her cognitive decline. There are hundreds of people on the Protocol who have done the same and now have their lives back. These are people who were diagnosed with Alzheimer’s and in some cases told to begin the process of closing down their businesses as the disease would soon render them incapable. However, once they sought the proper treatment from a Bredesen trained physician or health care practitioner, the Protocol was implemented and with strict adherence to their individualized program, their decline halted and their cognition began to improve. These patients were not only able to return to work, but in some cases expand their businesses, travel the world, or learn a new language!

The reason this Protocol works is because the trained physician isn’t treating the patient blindly. Instead, the doctor follows a set protocol step by step to include the following:

Using a specialized computer program, the physician is able to track the patient’s progress. The patient’s regimen is continually tweaked to optimize success for the patient.

NOTE: To see how important diet, fasting, exercise, sleep, stress reduction and other lifestyle changes are, click here to listen to a podcast  of Julie G. sharing her story and journey to health.

Dr. Bredesen’s book, published in August 2017, is titled “The End of Alzheimer’s – The First Program to Prevent and Reverse Cognitive Decline.” Interspersed throughout the book are patient stories including their diagnoses, what testing revealed, and how their individualized Protocols brought them “out of the fog.”

It’s an in-depth look at the many factors which cause Alzheimer’s. The Bredesen ProtocolTM is not a one-size-fits-all  treatment. Surprisingly, there are even different types of Alzheimer’s. That is why each person must be tested to find out what factors have caused their Alzheimer’s.

His book lists the specific tests needed and how The Bredesen ProtocolTM addresses the causes and deficiencies found through testing. The anti-Alzheimer’s diet – Ketoflex 12/3 is explained and a chart is included to show which foods should be eaten and which ones to avoid. This book is a roadmap for those who want to prevent or reverse cognitive decline.

Dr. Bredesen has discovered there are at least 36 contributing factors to Alzheimer’s.  He relates those 36 factors to 36 holes in a roof. Once you have enough of them patched, then the rest aren’t serious enough to let much water into your house. The same is true with Alzheimer’s. Once enough of the network components have been optimized, the pathogenetic process can be halted or reversed.

Dr. Bredesen has trained over 1,000 physicians, neuropsychologists, nurses, health coaches, and nutritional therapists from 12 different countries and throughout the U.S. He continues to offer training as more physicians, etc. learn about his approach to preventing and reversing Alzheimer’s.

Within The Bredesen ProtocolTM, two separate programs are offered – PreCODE and ReCODE.

PreCODE is intended for individuals who are asymptomatic and interested in prevention of cognitive decline. It was designed for adults of any age with a family history of dementia, with risk factors such as pre-diabetes or inflammation, and for all of us who are over 45 years of age.

The PreCODE Program starts with a PreCODE Report.  This Report will be generated following lab tests (not included & only available to U.S. residents) and completion of online medical questionnaires and cognitive assessments. You can download a sample report here.

Your PreCODE Report will specifically identify any emerging Alzheimer’s subtypes and provide personalized instructions (including supplement recommendations) to prevent cognitive decline and enhance your cognition.

ReCODE is designed for individuals who require more resources to combat cognitive decline. Bredesen trained practitioners can provide quality, precision care to help you reverse existing symptoms. ReCODE is most effective when used as early as possible in the disease process.

The ReCODE Program starts with a ReCODE Report.  This Report will be generated following lab tests (not included & only available to U.S. residents) and completion of online medical questionnaires and cognitive assessments. Download a sample report here.

Your ReCODE report will specifically identify what is driving your current symptoms leading to an identification of your specific Alzheimer’s subtypes and provide personalized instructions including comprehensive supplement recommendations designed to halt progression and reverse symptoms of cognitive decline while optimizing overall health.

More information on The PreCODE Program and The ReCODE Program may be found by visiting Apollo Health.  There, you can also watch a video which explains the science behind The Bredesen ProtocolTM.

You can search for Bredesen trained physicians and health care practitioners in your area here.

Contact Apollo Health to get started or ask questions.

Information regarding ReCODE 2.0 Training for health care practitioners can be found here.

ALZsurvivor [home] > How Is This Possible? 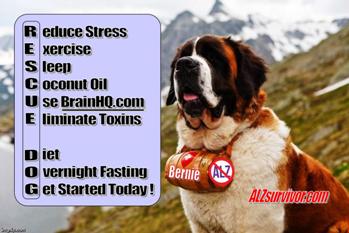 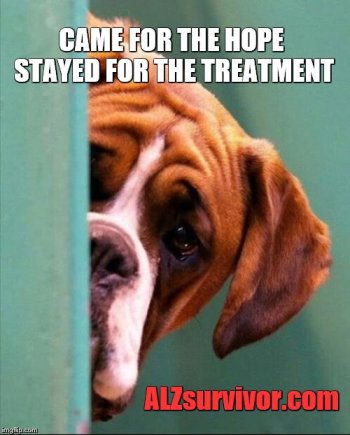